A Londoner at Heart 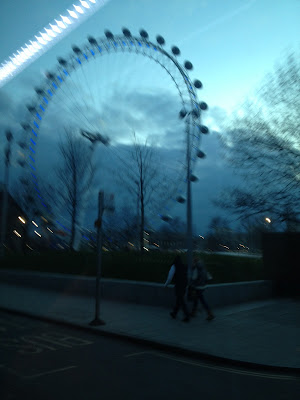 I can't tell you the exact moment I knew I had become a Londoner. I know it wasn't when I guided the umpteenth tourist to Madam Tussauds or Beatles's Abbey Road studios. Or even when I took yet another friend on a tour of Soho restaurants or my beloved Borough Market. For you are only a Londoner when you accept all of the city's quirks and even find them charming. Like how I now find it completely normal to dedicate at least half of every conversation to weather. And I no longer find it strange that all stores close in the middle of the day on sunday, on what should be the busiest shopping day of the week. I've even stopped being amazed when pubs close their kitchens at 10 pm, and never mind the roomful of hungry customers.

If you are wondering about the reason for this rant, it's because I've recently left London to start on the next journey of my life. And I realised how little I've shared about hundreds of food experiences in London on these pages. So before memories fade, here is the first in the series of my London posts - the top 5 restaurants dishes I ate in London last year. Top 5 savoury dishes actually, since desserts would get their own separate post.

1. Pea and Truffle Croquettes at Copita: In a small side lane in Soho, Copita is a crowded tapas bar. It has a small menu that changes frequently. On my first, second and third visits, the main draw was a pea croquette, loaded with truffles and deep fried. This one's now off the menu but go to Copita anyway for their Andulucian white soup, a cold almond soup filled with beetroot, nuts and a cacaphony of flavours. Timeout voted it the best dish in London when they listed their top 100 dishes so you can't go wrong with this one. Get there early for they don't take reservations.

2. Endive Salad at Galvin Bistro: I didn't see any merit in endive until I encountered it at French brasseries in London. And the most classic French of them, Galvin, does this salad version that first got me hooked. It's endive leaves topped with blue cheese, crunchy walnuts and pear, then topped off with a vinaigrette so you get a full flavour profile in each bite.

3. Gorgonzola Pizza at Pizza East Kentish Town: What I like about the Pizza East menu is that they aren't hung up on mozzarella. Now I agree mozzarella is traditional in Italian pizzas and everything but there are hundreds of cheeses out there and the folks in Kentish Town (or the other pizza east branches for that matter) aren't afraid to experiment. They don't have the same menu at every branch so you will need to trek to Kentish Town to find a spectacular blue cheese and caramalized onion pizza. Also try the wild mushroom and fontina one while you are there. It makes quite a changes from your usual margaritas.

4. Bhel Puri at Dishoom: Indian food is everywhere in London but you won't believe how bad most of it is! There are only two places that break the stereotypes of onion bhaji and chicken tikka masala and serve Indian food the way it's served back home. Both Roti Chai and Dishoom are set cafe style with an emphasis on street food. And while I've been at Roti Chai far more times, Dishoom's bhel puri wins by a narrow margin as that little bowl of comfort food when you are missing home.

5. Truffle Toast at Spuntino: First things first - never go to Spuntino for dinner. Another no reservations place and this one gets long queues that you really don't need when you are hungry. Go instead, for lunch or an evening drink, when the crowds are still far away. As soon as you grab a stool at Spuntino, they plonk an enamel mug of popcorn in front of you. That alone makes the restaurant a winner in my book. And then they have truffle toast. A cheese toast with an egg yolk in the middle and the whole thing brimming with truffle oil. Then save space for dessert.

Betsy Begor Perkins said…
Simmi, you're a winner! Loved reading about all these and wish/hope I have a chance to savor one or more at some time! All good wishes for you!
May 7, 2013 at 4:20 PM

Kalyan Karmakar said…
was in London recently...just loved the city...really gown on you within a short time
May 8, 2013 at 5:22 PM