On Parsis and Vegetarians

August 12, 2015
You never hear a lot about Parsis if you are in North India. But living in Bombay, you can't help but notice this charming group of people. Known for their vintage cars and quirks, their sense of humour and generosity, the Parsi community has left it's mark on pretty much everything that defines Bombay.

Nothing defines Parsis better than their love of good food. I've had the fortune to meet several Parsi friends and foodies in the years I've spent in the city and come to love their delicious dishes including the famous berry pulao at Britannia and dhansak at countless Parsi cafes around town. But there is one thing no self respecting Parsi will be caught dead with; and that is vegetarian food. So when I got an invite to try out the Parsi food festival at not one but two restaurants, this vegetarian foodie took it on as a challenge. 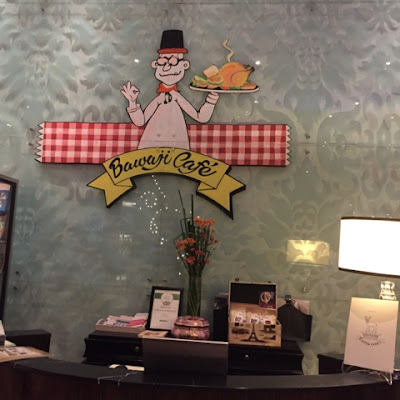 My first stop was Sofitel in Bandra Kurla Complex. I am sure hotel chefs get bored with serving the same buffet day in day out so Sofitel breaks the monotony by hosting a new festival in their Pondicherry Cafe every month. And Parsi Festival here doesn't just mean Parsi food. They are collaborating with an old Parsi Club - the Ripon Club - and together the two have changed the cafe to an area that reflects Parsi culture and heritage. So as I walked into the cafe, I saw a display with gara sarees, a mockup of a 'Bawajis Cafe' and crates of the famous Pallonji soda on ice. 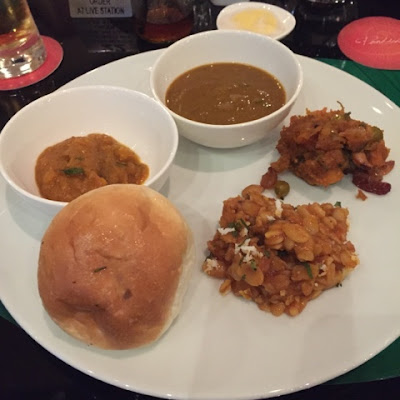 Quite sensibly, Sofitel has brought in a acclaimed Parsi chef - Tehmtan Dumasia - to cook the feast. And even coming from a vegetarian perspective, what a feast it was! Chef Dumasia admitted that he had to pause a minute to come up with vegetarian food since that's not something he will normally cook. But he adapted well, thinking of variations on favourite Parsi dishes like patra ni paneer. He even took the time out of his busy kitchen to explain to me the difference between dhansak and the very delicious vegetarian pulao dal that he had on the menu that day. The piece de resistance though came at the end of the meal - the best lagan nu custard I've ever tasted. I asked Chef Dumasia what his secret was and he said it was milk. Really, the recipe which the chef gladly shared is only milk, eggs and sugar and I am totally going to recreate it at home soon. 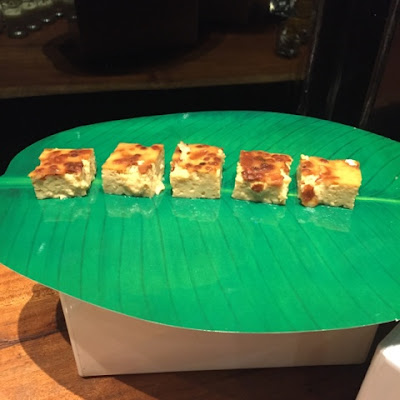 In the meantime, I hopped over to my next stop, the newly opened JW Marriott Hotel Mumbai Sahar. There is a recent trend in hotels to encourage home chefs to do popups, so cooking at JW Cafe was my blogger friend, Perzen, also known to the world as the Bawi Bride. But even before I get to the Parsi food, let me tell you that I was super impressed with this newly opened hotel cafe, featuring one of the largest buffets I've seen. 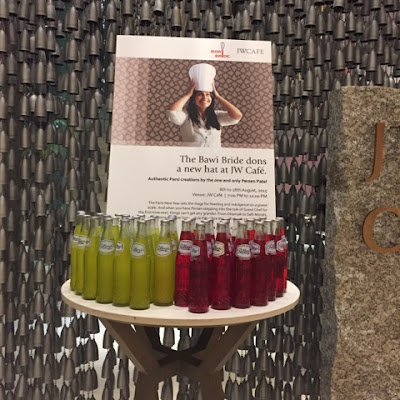 I love it when buffets feature live counters and the Parsi popup at JW Marriott Sahar was no exception. The day I visited, Perzen had the iconic dish 'salli par eedu' on her menu. Quite literally, it means eggs on potato sticks and that's exactly what Perzen made. She heated up tomato sauce in a small frying pan, add fried potato sticks or salli and cracked an egg. It cooked for a couple of minutes until it was that perfect start to my meal. Perzen also had a sweet and sour stew on her menu that day, reminding me of how much Parsi cuisine draws from Gujarat, Iranian and yes, British food. The stew featured potato, carrots, nuts and no greens (Parsis don't eat greens, says Perzen) 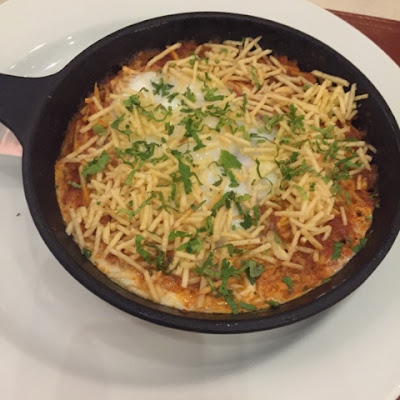 The best part about both the Parsi festivals was that they are part of the larger multi cuisine buffets at these hotels. So if you have any space left after multiple helpings of the bhonu, you can wander off to get some sushi or some freshly made pizza. Both Sofitel and JW Marriott Sahar had extensive dessert menus but JW wins me over with a live waffle and crepe station (live counters, guys - that should be the operative word for buffet designers).

Both Sofitel and JW Marriot Sahar are gearing up for even bigger feasts for the Parsi New Year on 18th August so if you plan to sample this unique mix of Iranian, Gujarati and British cuisines, this just might be your best chance.

Of rainy days said…
I studied in a college in town and frequented many parsi/irani cafes. Sassanian that does lovely roast chicken, Jimmy Boy's for their lagan nu bhonu, which is simply to die for, kayani and bastani (now shut) have provided sustenance through their akuri. When you said vegetarian parsi food, I almost didn't believe you. These guys add eggs to their bhindi. But wow there seems to be some vegetarian fare in this community too. I have been meaning to try out the bawi bride, lets hope i do so soon. Totally craving the raspberry and ginger lemon soda and some dhansak.
August 14, 2015 at 8:46 PM