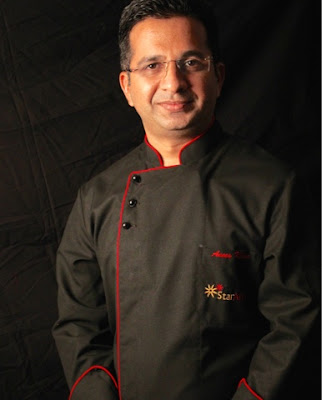 Growing up in Berhampur, a small town on Orissa, Anees Khan wanted to be a doctor. He made it to dental school but not wanting to be a dentist, he started looking for other options. One day, his dad brought home a flyer for hotel management degree. Why not, thought Anees, did some research and soon became the first student from his school to go to Institute of Hotel Management. The rest, as they say, is history.

Before he opened his classic French patisserie called Star Anise on Bandra's Linking Road about a month ago, chef Anees got himself years of experience all around the world. On his first day of his first job at the Leela, he asked to cook continental food and was promptly shipped to the pastry kitchen. It took him several months and a meeting with Beat Loffel, a Swiss pastry chef whom Anees counts as a mentor, to convert him to a life of pastry. Chef Anees then went on to head pastry kitchens all over the world. Everything from his stint in Canada, the newly set up restaurant in Tanzania to an opulent five star kitchen in Oman added to his pastry repertoire that he first showcased through his catering business. Now five years old, his central kitchen in Sewri caters to clientele with global tastebuds.

But large scale catering didn't give Chef Anees the opportunity to create intricate, technically challenging French desserts. It's impossible to do this chocolate dome for 1000 people, says Anees pointing to a piece of art on Star Anise's display case. I try his raspberry dessert, made eggless to cater to a large non-egg eating population in the city. The mousse is set firm but the liquid centre, full of melon caviar, surprises me. 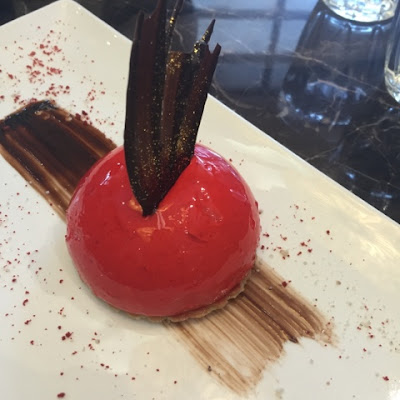 Anees promises to stay close to his classical French training and shudders at the thought of adding a black forest cake to the menu. He says he stays close to the recipes from the 18th century France but presents them in a modern setting, adding all the whimsical touches we've come to know as molecular gastronomy (after all, didn't a French chemist first invent that!). It must be different from a five star kitchen, I ask him and he mentions his biggest challenge is transporting his creations from the central kitchen, braving the Bombay heat and traffic.

But the creations that travel well and make Chef Anees really come alive are his breads. Star Anise is full of some beautiful loafs and sweet pastries. The apple turnover I brought home one day is just the right amount of crispiness and his garlic loaf has a beautiful crumb. The secret he says is the ingredients he uses, right down to the French butter that makes the croissants at Star Anise flaky.

Curious then, to hear what Chef Anees has to say to our rapid fire questions?

Favourite Dish to Eat: His mother's chicken curry
Favourite Dish to Bake: Croissant
Favourite Indian Dessert: Chhena Pura
Bread or Cake: Bread
Brownie or Macaron: Macaron
One Indian Flavour he would like to use in his desserts: Paprika

I should have mentioned this earlier that Star Anise is also full of jars of jams with some really creative flavours. Is one of those jam recipes the one that Chef Anees shares with us? Just wait until the next post to find out.