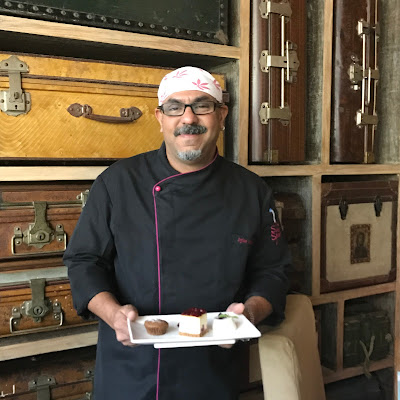 First, there was the Sassy Spoon, a rare fine dining cocoon in the bustling business district that is Nariman Point. Then came another one in Bandra's Hill Road and a few months back, a cute Juhu bakery called The Sassy Teaspoon. Even if you didn't make it to the restaurant, you couldn't help notice their charming Tata Nano zipping around the neighbourhood, apparently to pick up and drop off customers. I've had many a lunch at the Nariman Point Sassy Spoon but hadn't managed to make it to the Bandra outlet. So when they went through a recent menu change, this was my opportunity to sit down with the very talented yet super modest chef behind the brand - Irfan Pabaney.

The Sassy Spoon in Bandra has that mix of quirkiness and old world charm. When I walk in for lunch, the outdoor seating space is bright and cheery with the sunshine. Service, always a high point in the Nariman Point branch, is equally warm and welcoming here as I sit down to talk about Irfan's life story. But first, the food. Irfan's first pick of starters from the new menu at Bandra is a bright and vibrant raw papaya and mango salad. There is crunch from peppers, freshness from the greens and richness from fried onions and a gorgeous dressing. Every element perfectly balanced. 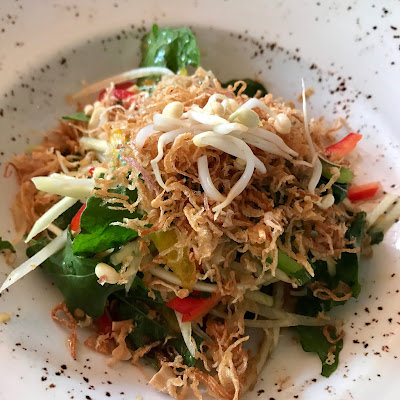 As I munch on my starter salad, I discover Irfan is a quintessential Bombay boy. He spent his early years in Philippines, and the Asian influences still show in his food. But he finished high school in Mumbai, at which point he wanted to go into hotel management. He somehow got late sending in his application and ended up doing a regular graduation. He still wanted into hotel management though, and went for a post graduate course over at Sophia's. That's when he finally figured he wanted to be a chef, not just a hotel manager. A 20 year restaurant stint followed, starting with a 5 star hotel but a lot of it working with the legendary Rahul Akerkar, someone Irfan counts as a friend and a mentor.

We reminiscence about Irfan's move away from Rahul's continental food at 'Under the Over' and into Asian cooking at that now-shut Bandra hotspot, Seijo and the Soul Dish. From Seijo, Irfan moved back to do continental cooking with Rahul at Indigo and then more Asian with the Hakassan group. By this time, it was 2012 and Irfan was itching to break out on his own.

A chef's journey is a lonely one, and your choice of partners often determines that thin line between success and failure. For his maiden venture, Irfan teamed up with investor and baker Rachel Goenka. The first Sassy opened in February 2013 with an eclectic menu that's basically all of Irfan's cooking philosophy on a plate. There is no one cuisine - the flavours a mix of pan-Asian, European and Indian - but every plate is perfectly balanced and flavourful. This is no molecular gastronomy and no fussy, foamy stuff; just simple yet modern cooking that makes sense. As an example, Irfan brings out a sweet corn soup that they set, then batter and deep fry so it's like eating fresh sweetcorn. Both the texture and the sauce work perfectly. 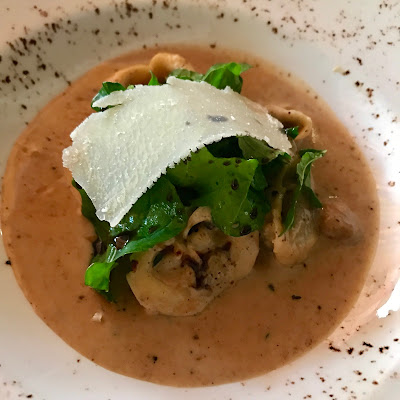 My mains of mushroom tortellini come in one of the most flavorful porcini broths you can imagine. Fresh, honest and balanced seems to define not just the food at Sassy but the chef as well. Even as we talk, Irfan is busy phoning the Sassy staff in Nariman Point, organising events they are looking to host over the next few days and getting logistics in place. He is clearly a chef who knows not just the kitchen but also the business of food very well. 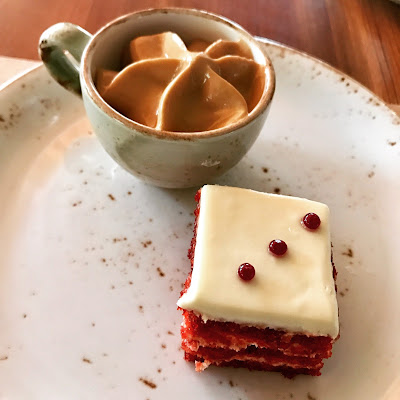 Rachel Goenka's desserts perfectly complement Irfan's food at the Sassy Spoon. I often find red velvet cake too sweet but here it comes paired with a capuccino cream that breaks the sweetness. I also sample an excellent basil and pinenut ice cream, and make a mental note to come back for their famous scones and afternoon tea.

As we wind down our meal, we finally get talking about Irfan the person. Naturally, the talk quickly veers to what he himself likes to eat when not at Sassy. He doesn't cook very often at home, he says. And eating out is often a social occasion that gets controlled by what the family wants. But even there, he likes simple Indian flavours best. His favourite is the thali at Shree Thaker Bhojanalay. And anything mutton - he reminds me of the childhood in Philippines where seafood and chicken were the most obvious choices. He still enjoys fish, but will eat a good mutton curry every chance he gets.

There is already a fantastic Goan bread on the Nariman Point menu and more Indian influences in the Bandra menu, so I really hope there is an Indian restaurant in Irfan's and Sassy's future. I sure will be the first one to queue up to eat at the Sassy Indian.