April 28, 2015
In a quiet residential neighbourhood in Delhi, there is a boutique hotel called The Manor. Several years ago, Manish Mehrotra set up shop there, cooking good Indian food. It's not molecular gastronomy but instead, it's a great combination of flavours and textures, plated in a style that's now called 'modern Indian'. Word spread slowly but steadily and Indian Accent is now universally recognised as the best restaurant in India. As I found out on my recent visit, this is a title that the restaurant truly deserves.

I opted for an early 7.30 seating and surprisingly, the restaurant was already full. What was also very pleasantly surprising was seeing Manish himself as I walked in. Despite the acclaim, this is a chef who's modest and humble, even bringing dishes to the tables himself.

A chef's tasting is the best way to experience the place but I was coming in after days of partying so I went ala carte. Manish was sweet enough to give me a starters tasting anyway and I followed it up with a main course, then walked away too full and regretting my inability to eat desserts. I'm gonna show you a lineup of pictures now, because there really is no better way to describe the food.

It starts with an amuse bouche of blue cheese naan and pea shorba. 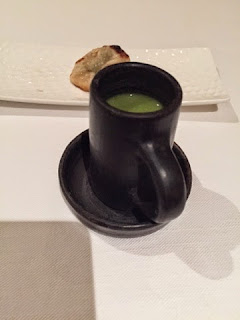 Then followed an array of starters. The first one was a crispy potato sphere, Manish's take on ragda pattice. 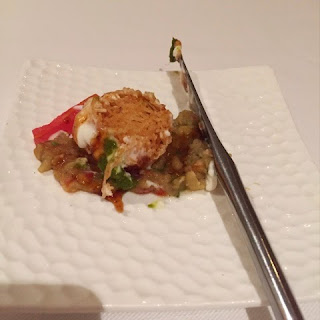 The next one was my favourite of the evening, a khandavi ravioli with arbi and cheese mash. 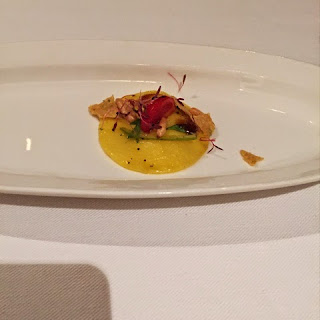 There was also a baingan bhartha cornetto and a pulled jackfruit phulka (which the chef brought himself and so I forgot to click). Finally, there was this extremely good looking tofu wada with kafir lime gunpowder. 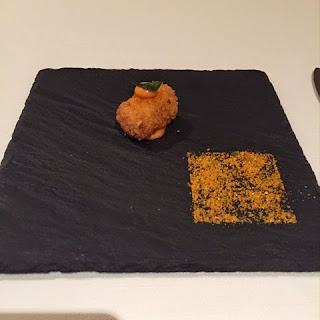 What followed next was a palate cleansing sorbet that has become standard for all these restaurants. At this point, I only had space for one more course so I chose the mains, keeping desserts in reserve for my next visit. What a revelation it turned out to be. I ordered simple dal roti, except the soupy dal came topped with some fried dal and chutneys for textural and flavour contrast. 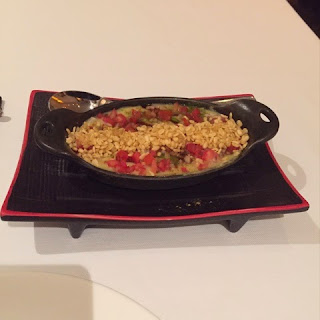 And the roti was chur chur parantha with Parmesan and pesto. 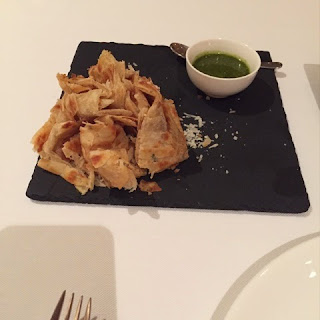 All in all, every single dish was genius, the service was great and there was attention to detail right upto the churan served on a mini charpoy. When you eat out as often as I do, it keeps getting harder and harder to be surprised with food. Indian Accent, with its fabulous menu and impeccable execution was truly a pleasant surprise. So it may be in unfashionable New Friends Colony, but make it your destination your next trip to Delhi. I may even plan a special trip just to catch up on those desserts I missed.