What's in a Podi 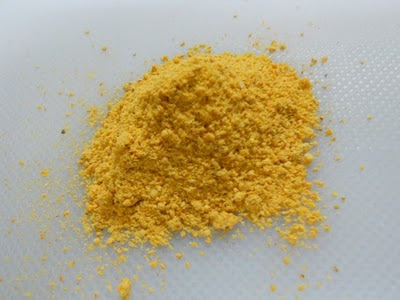 I have a notebook full of recipes. It's tattered, falling out at the edges which tells me I started hoarding recipes early, pretty much before high school. There are recipes from magazines, from cookbooks I borrowed from library. I've even pasted recipes that come at the back of certain packages. Then there's a second notebook. This has to be somewhere from the end of my college years. I can't fathom how I got to be so organized, but I went back and added page numbers to both the notebooks and created an index, neatly split into recipe types and cuisines.

This second notebook has more "exotic" stuff from the first Jamie Oliver my library bought intertwined with Sanjeev Kapoor recipes. Then, because this notebook went travelling with me when I moved away from home, it has my first recipes copied from roommates and new friends.

One such recipe is podi, known affectionately as gunpowder. I am pretty sure podi means a generic chutney and comes in several forms, but my friend introduced it to me as this spicy version you mix with oil and eat with your idlis. Since then, no matter how many other recipes I've seen, this is the podi I make every single time I am in the risk of running out of my stock.

You heat a fry pan and roast a cup of chana dal in 1/2 tsp oil. Turn it out of the pan, then heat another 1/2 tsp oil and roast 3/4 cup split (white) urad dal. Mix a marble sized ball of tamarind (with no seeds or fibers), a tsp of hing, 4 tsp of chilli powder and salt to taste. Roast for a minute in just a hint of oil. You now have three plates of roasted stuff cooling away. Grind all three coarsely but separately, then mix to form your gunpowder.

Next time you make idlis, heap a tbsp of podi on your plate. Make a well in the center and add a couple of tsp of sesame oil. Mix to form a paste. Dip your idlis for the ultimate taste experience. But go easy on how much you eat in a go. After all, this isn't called gunpowder for no reason.

Unknown said…
Ooh I love this. Eaten it many times at a restaurant when I was younger, can't rememeber it's name though. It was delicious :D
October 22, 2010 at 3:03 PM

Srivalli said…
There is nothing to replace this gunpowder..:)..yeah I add toor dal too..but then there are million variations!..great to know about your notebooks simmy..how nice..
October 22, 2010 at 5:25 PM