August 09, 2009
I asked for English food, and did you guys awe me with your ideas. 17 lovely entries, and one of mine - great British food for you to pick from. 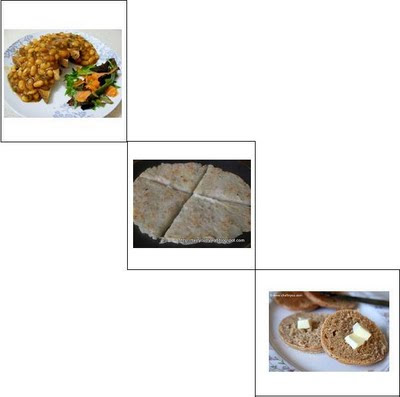 If you read your Wodehouse right, you would remember those breakfast sideboards heaving with dishes. What I have instead is something even better: traditional yet healthy ideas.

Bhagyashri had to search a bit for an English dish fitting her current diet. And did she come up with a winner, with this lovely beans on toast.

And DK, the brain behind AWED, delivers a breakfast winner with her English Muffins. 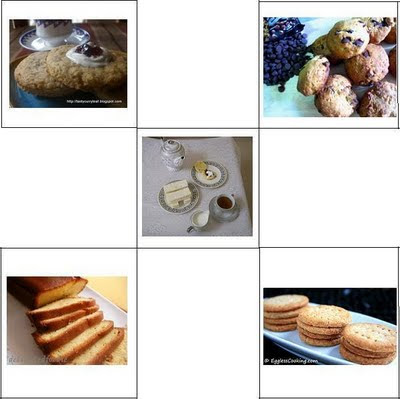 The afternoon tea, with its formality, and its lovely sandwiches and cakes and scones, is my favorite part of British cuisine.

And scones we have, of three different kinds. Four, actually. Yamini makes scones with strawberries and another version with chocolate chips.

Sweatha comes up with these lovely cream and ginger scones.

And I have apricot orange scones with clotted cream and strawberry jam as part of my formal tea setting. This tea table also has cucumber sandwiches.

For a weekend treat, our teatime has traditional pound cake courtesy Ann.

And Madhuram over at Eggless Cooking chips in with some healthy whole wheat digestive cookies. 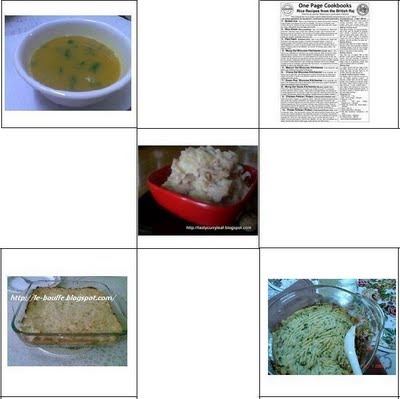 The main course has never been a mainstay of British cuisine. For didn't the Englishmen prefer the French dishes. But there are some hidden gems.

And then some inspired from the Indian cuisine as well. One of my favorite dishes that the Britishers adapted and took back with them is this Mulligatawny Soup that Meena comes up with.

And Ramki has another Indo-British inspiration, with his rice recipes from the British Raj.

As a side dish, Sweatha has Colcannon, a simple Irish dish of cabbage and mashed potatoes.

Naina from Le-Bouffe take her mother's recipe and makes a delicious shepherd's pie, both in traditional and a vegan version with soybean granules.

And Sheba comes up with a Lentils Shepherd's Pie. 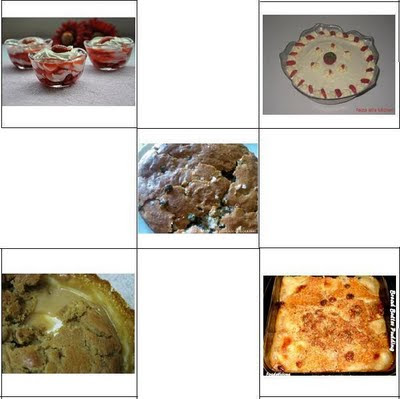 What defines an English summer for you? For me, it's Wimbledon and strawberries with cream. Aqua makes a healthier version with yogurt instead of cream.

Another English dessert not to trifle with; Faiza makes the English Trifle complete with sponge cake, custard, strawberries and whipped cream.

I was hoping someone will come up with this one. Jaya makes that dessert with a funny name; a vegan version of Spotted Dick.

And then two versions of those famed British puddings. First, a self-saucing Butterscotch Pudding from Johanna. Delicious for a winter night, and you don't even need any sauce or icing.

And finally, that English classic - the Bread and Butter Pudding, in an eggless version from Pari. I dislike the eggy flavor of the original one too, so this one's gone straight to my to-try list.

I hope you enjoyed our journey through British cuisine. And I hope I didn't miss anyone. Do let me know if I did, and I will promptly correct this post.

Johanna GGG said…
what a smashing selection of recipes - what ho, old chap (that is my attempt at silly british talk)

these dishes really reflect the british cuisine and would make a delicious brit feast
August 9, 2009 at 5:55 AM

Pari Vasisht said…
Lovely round up Simran. Do let me know when u try the bread and butter pudding.
August 9, 2009 at 8:25 AM

Siri said…
that is one lovely roundup Simran. thanks for hosting :)

DK said…
An excellent and a neat roundup Simran! Just bookmarked this page to try few dishes from here. Perfect :) and thanks for doing such a beautiful job
August 11, 2009 at 2:05 PM

Debbie said…
Sinran ... I too will be trying a few things from your post. Your explanation and presentation was amazing! I know so little about British cuisine ... but think I would enjoy it! Debbie
August 12, 2009 at 12:42 AM